My daughter was born in France.

She grew up in a bilingual environment hearing English all the time but both her mother and I spoke to her in French.
She came to live with me for a few months and spent a term in a primary school in the Breton village where I lived when her mother decided to move to the UK. 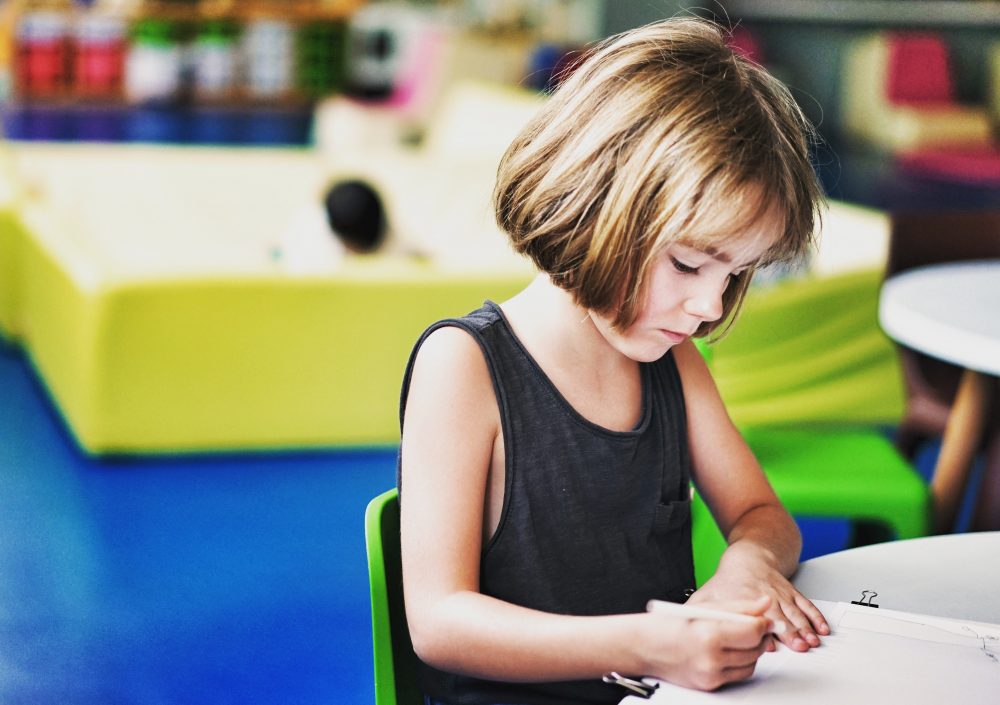 Whilst she was with me, she spent a weekend with my brother and a bunch of mates and their kids who came over that summer to stay in a gîte.

When she came back, I heard the first “Daaddy!” from the bathroom. The first English she’d ever spoken. It was hesitant and stumbling but it was English.

It seems that she’d heard the language around her in the past but had never dared to speak it. She even said that when her mother and I spoke in English thinking she didn’t understand, “well, I did!”

After the summer break, she went to primary school in London and was speaking English like you and me within a month.

But she was also singled out and mocked (bullied even) for her heritage and strangely enough developed an English accent in French.

8-year olds were being 8-year olds and she didn’t know how to be proud of her difference at the time so she ran away from it.

Conformity is a human trait.

As Robert Cialdini pointed out, we trust people who share our views, pay us compliments and with whom we share a common cause. We look for areas of similarity in others.

Just take a look at the headlines on any magazine stand or in any newspaper.

Ten things you should be watching on Netflix
Clothes you shouldn’t wear after fifty
Lose your gut!
All the trends to shop now
Dress like a boss

Newspapers, magazines and social media are full of people judging others for their life choices.

We’re told to “fit in” and not stand out. I’ll bet that your playground experience was not unlike my daughter’s if you displayed anything remotely different as a child.

So we start to mirror the behaviours and attitudes of our peers early on and reject people or attitudes that don’t fit in.

Confirmation bias and the art of getting things wrong

In 1951, Solomon Asch carried out an experiment that proved that people are guided by their confirmation bias to make choices that are clearly wrong just on the basis that everyone else is doing the same thing.

50 students were broken into groups of 8 and asked a series of questions. However, 7 of them already knew the answers that were expected. The eighth provided the same one whether or not it was right.

People chose to go against all the available evidence and their better judgement and agreed with other people’s choices just so they didn’t have to stand out.

Group mentality confirmed that the majority opinion was the right one.

by not fitting in, have they not?

They are those that Steve Jobs once called “the crazy ones”.

The now iconic ads for the Think Different campaign featured well-known conformists like Richard Branson who lives by “Screw it, let’s do it”, whatever other people think, Martha Graham, whose style reshaped American dance and is taught worldwide to this day and Mahatma Gandhi, who lead an independence movement and stood up to the might of the soon to crumble British Empire.

So where does that leave us?

Stuck in a limbo between a natural human desire to be part of the crowd and what we know to be a business necessity to stand out from it.

Whilst trying to stand out, many businesses unconsciously want to be the same as everyone else because

They’re afraid of being mocked by their peers, their industry and even their customers.

Competitors might say mean things to them – it has been known.

None of these things needs to be true. They come from fears seated in our culture, our parents or previous business experience. But the trouble is…

When you don’t want to offend anyone, you end up appealing to no-one.

You can’t appeal to everyone. Many have tried and floundered.

The greatest businesses will offend or upset someone at one stage or other.

The first Body Shop set up in Brighton in the late 70s. At the time, the name invoked more car bodies than human ones. Ironically, it was located in Kensington Gardens between two funeral directors. I lived in Brighton at the time and remember the fragrant smell and the still hand-written product labels. 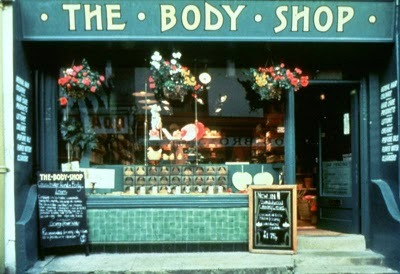 But what made the business stand out more than anything? Its refusal to test on animals. That may seem quite normal to us, but in 1976 Anita Roddick was a maverick, a crackpot according to some. Part of the radical fringe that inhabited the back streets of Brighton and it was most cool to go shopping there.

When Apple took a stand against anti-LGBT legislation under consideration in now Vice-President Pence’s North Carolina, it had no direct impact on its business but it recognised that customers not only care about what they sell but what they stand for too.

You don’t need to be big to have principles. I have a client who runs a fledgeling property management company who has pledged to donate a percentage of his profits to local charities as part of this belief that businesses do not exist in a vacuum and are part of the wider society.
Some will love him for it and some will accuse him of posturing. He doesn’t care.

What do you stand for?

Customers are selfish, ego-driven maniacs. They only go for what interests them and they don’t care about you.

Until you care for them, that is. Then they’re likely to turn into mad love bunnies who’ll adore you forever.

There are three things that will get them going.

Simon Sinek’s now famous 2009 TED talk set out the principles by which many businesses work today.

Buyers are no longer simply buyers. Younger ones especially (and this older one too) are looking for more.

We live in a world that may seem to be losing some of its long-standing principles of freedom, choice and fairness but I don’t think this is necessarily the case.

If you move away from the headlines and the attention grabbers, the vast majority of people still live by the same principles they always did and won’t fall prey to the purveyors of snake oil here today and gone tomorrow.

Our lives begin to end the day we become silent about things that matter
Martin Luther King Jr.

Two. Who do you serve and who do you not serve?

You can’t serve everyone with a wallet. 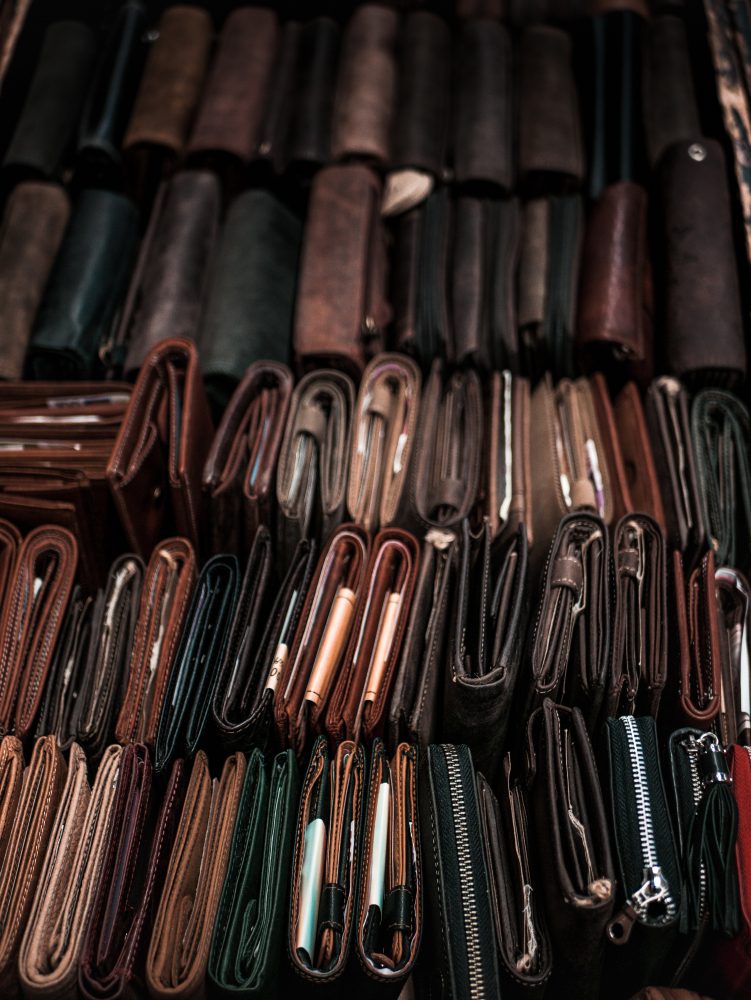 Imagine what would happen if they all turned up tomorrow on your doorstep?

So you need to get a little more specific.

Have you ever tried to buy a gift for someone you don’t know?

Trying a sell to everybody is rather like buying the secret Santa gift at Christmas in your office. You don’t know who you’re buying for or what they want, it’s a stab in the dark.

Your buyer persona will clarify that for you and help you identify who you best serve and how you serve them best.

A well-constructed persona will also repel the customers you don’t want.

Three. How do you solve my problem?

They won’t care about you until you prove you’ve got what they want.

You are your customer’s Obi-Wan Kenobi, Superman or maybe even Terminator. In the Hero’s Journey, you are the guide, the provider of solutions or the vampire slayer.

Imagine a provider of IT services looking to create a value proposition that customers will relate to.

Most IT people (sorry for the generalisation here) are jargon-obsessed geeks more interested in systems than business profitability.

But all customers want is for their computers to work so they can get that report out, pay their staff or serve their customers. They don’t care how it’s done.

In short, they need my systems to work better as a whole as a way to be more efficient and get ahead of the game.

Looking at this, our IT man sees an opportunity to deal with his customers’ problems and fears on one fell swoop.

He has his line, his value proposition.

It’s time for some new confidence

Businesses want to stand out because they’re told they have to. But as human beings, they’re conditioned to want to fit in.

So they try to stand out in fake ways that don’t ring true using gimmicks rather than being comfortable on their own merits and values.

They’re afraid of ridicule not just by their peers but by anyone and everyone. Including people who’s opinion doesn’t matter.

Let them ridicule from the sidelines. Their opinions don’t matter.

My daughter’s 28 now and has recovered not only her French but her pride in her heritage. She’ll be picking up her identity card from the embassy in February

Want me to help you to tell your story? Let's chat

This site uses Akismet to reduce spam. Learn how your comment data is processed.

Get some light and joy in your inbox every other Sunday. I talk about interesting stuff about communications and the joys of running a business (for it is a joy). And occasionally other stuff.